One of the most critical revelations among Mormon fundamentalist communities is the 1886 revelation given to John Taylor.  It was never canonized in the mainstream LDS Church, but is an extremely significant document among polygamist communities.  Lindsay Hansen Park will give a brief history leading up to John Taylor’s revelation.

Lindsay:  John W. Woolley was a personal friend of John Taylor. He was a bodyguard. He and his son, Lorin Woolley, claimed basically that one night they’re outside the room.  John Taylor is having a revelation.  They testify to seeing the light under the door, and depending on the fundamentalist versions, John Taylor basically claims he is visited by personages.  Some interpretations are that it’s Joseph Smith, some that it’s Jesus, some that it’s both depending on which story you viewed.  Those exist. But basically, heavenly visitors come and have an eight-hour meeting with John Taylor, and they have several meetings with him. They basically say, “You have to keep plural marriage alive. You have to keep it alive. But we have to figure something else out because the government’s going to take away the temple and if they take away all of our church property, then what?  How do we fulfill this mission of God? So figure out a way to keep the keys alive and to keep the business affairs of the church.” Now the Woolleys sit on this. They’re given the revelation.  We actually have the revelation written down in John Taylor’s hand, which is really controversial because for years it was seen as a forgery or something that wasn’t real, but it’s been authenticated.

GT:  You say we have it. Is it in the Church Archives? Who has it?

Lindsay:  We can talk more about this later. My understanding is that the church had a copy. There’s a copy that you can see online. There’s a fundamentalist collector. His name is Ivan Nielsen.  Uncle Ivan is known for collecting fundamentalist stuff. So I believe he has a copy. John Taylor’s family had some of the paperwork and we can get in the history of what happened with all those documents because I think that’s really fascinating. 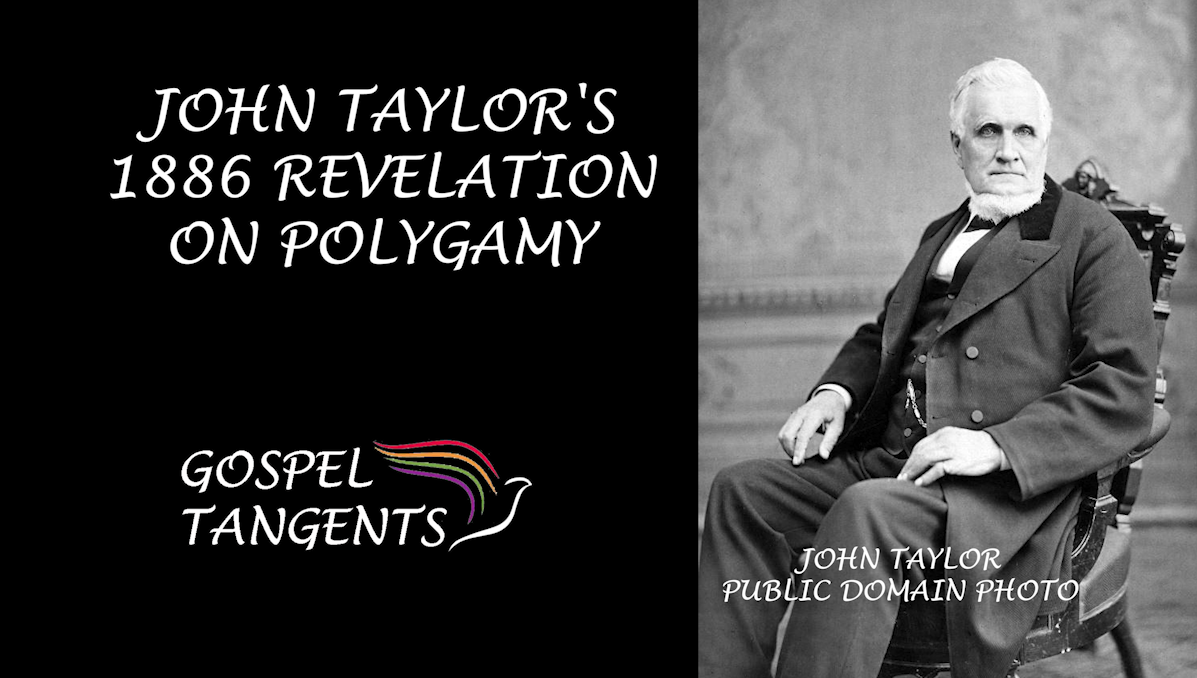 John Taylor’s 1886 revelation about polygamy is important among fundamentalist Mormons but was never canonized in LDS Church.Check out our conversation….

Don’t miss our previous conversation with Lindsay!  389: “More Than One Way to Mormon”