Skip to content
PrevPrevious EpisodeHow Did Others Deal with Slavery? #BlackHistoryMonth
Next ExpisodeQuestions for MarkNext

How Did Joseph Smith deal with Muslims?

Table of Contents: How Did Joseph Smith deal with Muslims?

It’s #BlackHistoryMonth and we’ve been discussing #BlackMormonHistory, but of course there are other marginalized groups, and I wanted to share a few quotes from my most recent podcast with Dr. Paul Reeve.  Lately President Trump has been in the news with his Muslim ban/not a ban on immigration into this country.  Paul Reeve wrote an Op Ed in the Deseret News saying Trump’s Muslim ban looks like Mormon ban.  I interviewed Paul in January, and here are some quotes from the podcast. (Click here to listen on Stitcher.)

…in Nauvoo when they write their vision of religious equality, they simply say everyone’s welcome to worship in Nauvoo.  We don’t discriminate.  There’s no religious discrimination and there’s a whole long list of Christian denominations that are welcome in Nauvoo.  The only non-Christian group mentioned were Muslims, and they simply say yeah we welcome Muslims here as well.  So Joseph Smith was branded as an American Mohammad very early on in his religious career yet he is open and accepting of into his religious community in Nauvoo and simply says religious freedom should be for everyone.  An attack against religious liberty against one group is an attack against all groups, so we should be at the forefront defending religious freedom and religious liberty.

Given that the church has been promoting religious liberty, do you think we are standing up for Muslims as much as we should, especially given Pres. Trump’s rhetoric?

Paul also discussed how outsiders viewed Mormons as too friendly with Indians, what we now refer to as Native Americans.

But in the minds of outsiders, that’s just evidence that Mormons are attempting to conspire with Native Americans to wipe out the rest of white America.  So there are all kinds of really heightened rumors that circulate.  Mormons have thousands of Indians at their behest.  The Indians are just waiting for the signal from their Mormon overlords to go on the warpath and wipe out the rest of us.

The way that it plays out, Mormons are just sometimes branded as more savage than the savages.  They’re described sometimes as white Indians, white people who  have actually given themselves over to savagery, and because you have denied your racial identity, you actually sink to a level of depravity worse than the Native Americans was the argument, and so Mormons become worse than the Indians whom they go to live amongst, some of the accusations leveled against them.

Pres Trump has spoken against China as well, not necessarily Chinese immigrants as in Joseph Smith’s day.  Mormons were compared to Chinese as well.

Democracy is for the white race, the yellow horde is incapable of democracy.  Mormons are a version of Orientalism because they’re practicing polygamy, they’re giving their free will over to despots.  In all of those ways the argument was that they are more like the Chinese than they are like white Americans, like Anglo-Saxons.  Therefore they are suspect.

The same Congress that passes the Chinese Exclusion Act also passes the Edmunds Act and newspapers across the nation argue that America has now solved both Oriental problems.  Some of them say, well Chinese should be allowed to stay but the Mormons are the ones that should go, so they are conflated in editorials across the nation with the Chinese problem.  There’s the Mormon problem, and there’s a Chinese problem, and we’re trying to solve both Oriental problems at once.

I had to ask Paul about the Edmunds Act, which was enacted to take care of the polygamy problem.  The act helped send thousands of Mormons to jail not for polygamy per se, but for the new crime of “cohabitation.”

The Mormon response to this is, well are the marshals following our good senators and congressmen around and finding out, following who they’re cohabiting with?  Is this being applied equally?  Obviously the answer is no. It’s being applied exclusively towards the Mormons, but nonertheless that opens up for the prosecution and conviction of Mormons under the unlawful cohabitation.

GT: Huh.  That’s interesting.  So adultery was just fine as long as you were not Mormon.

Had you considered that Mormons were tied to other marginalized groups such as Chinese, Native Americans, and Muslims?  What do you think of this new crime of cohabitation not being applied to senators and congressmen?  Interested in a transcript?  Here is a video of the interview as well. 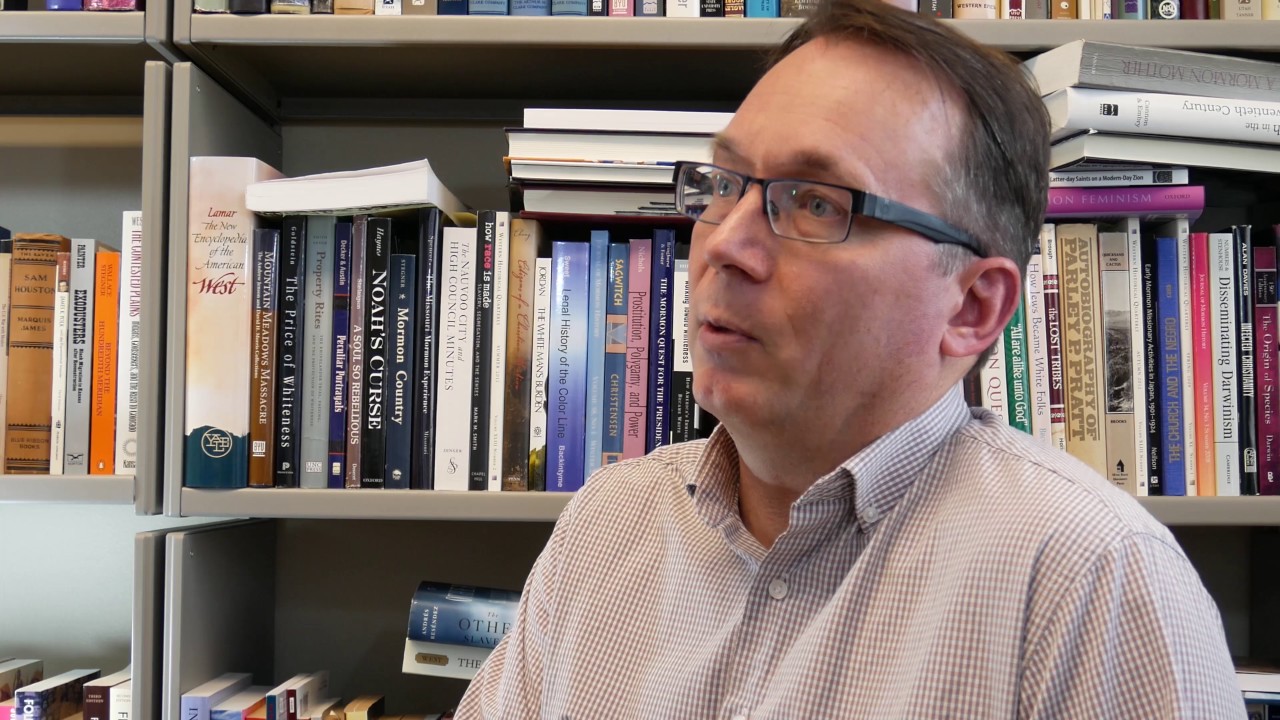