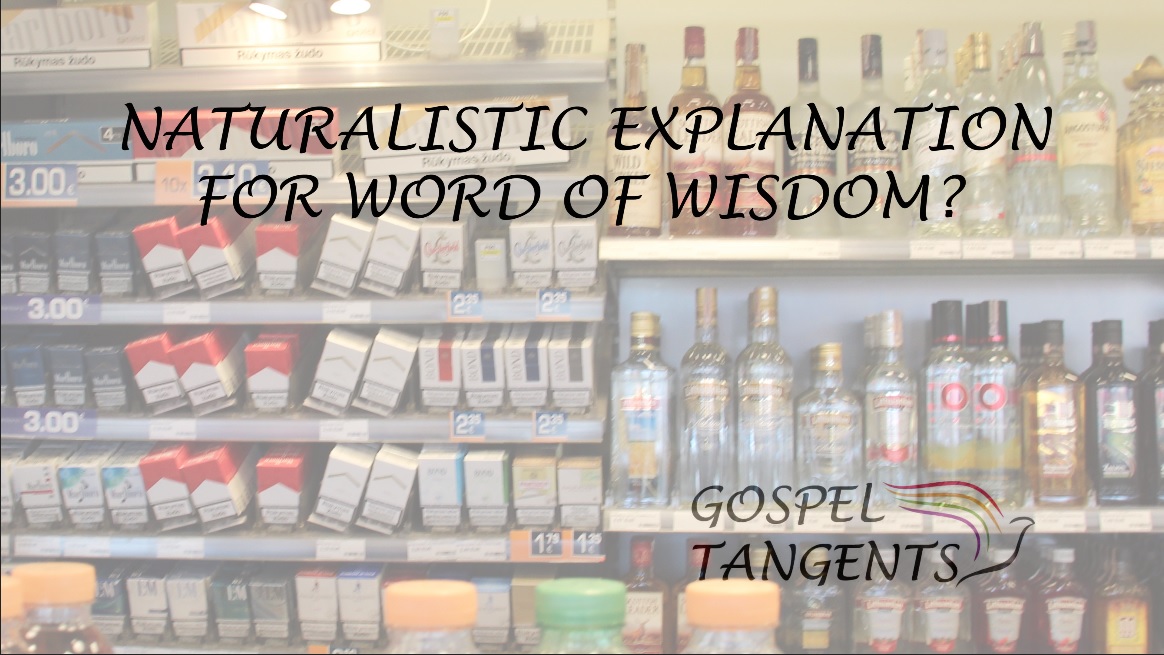 We’re continuing our conversation about revelation in the LDS Church.  One of Mormonism’s most important and well-known revelations deals with the Word of Wisdom, Mormonism’s health code.  Dr. Greg Prince talks about a naturalistic view of how that revelation was received.  I think it’s pretty surprising.

The Temperance Movement kicked in in 1826 because there was an epidemic of drunkenness in the United States.  The consumption of distilled liquor over a 30 year period had tripled on a per capita basis.  Drunkenness became a national security issue.  That’s why the American Temperance Society was formed in 1826.

When they said “hot drinks,” it mean drinks that were hot.  It wasn’t what was in them.

Greg:  People didn’t drink hot chocolate.  They only drank two hot drinks:  coffee and tea.  But it wasn’t the content, it was the temperature.  It moved you out of that zone of moderation, out of temperance.

If there had been iced drinks, probably the Word of Wisdom would have said no hot drinks and no iced drinks because the whole notion was temperance, moderation.

GT:  Some would say, is that really revelation then, or is that just the thinking of the day?

Greg:  Well you get into the circular argument on that.  Is something revelation because we call it revelation, or is the nature of the something what later qualifies it as being revelation?  If you’re looking for the splitting the ceiling and the voice of the Lord dropping through-type revelation, how many instances of that do we have within the LDS Church tradition?

Hear what he has to say about meat and grains!  We’ll also tell some stories about President McKay.

Greg:  President McKay looked up at him and said, “What’s on the cup doesn’t matter so long as what’s in the cup is a Coke.”

…I was chatting with one of the secretaries who had worked in President McKay’s office…She read that and she said, “That’s not correct.”

I said, “What do you mean it’s not correct?  You know the guy who gave me that story!”

Then she said, “Well let me tell you…”

It’s going to be a very fun conversation.  I hope you join us…..