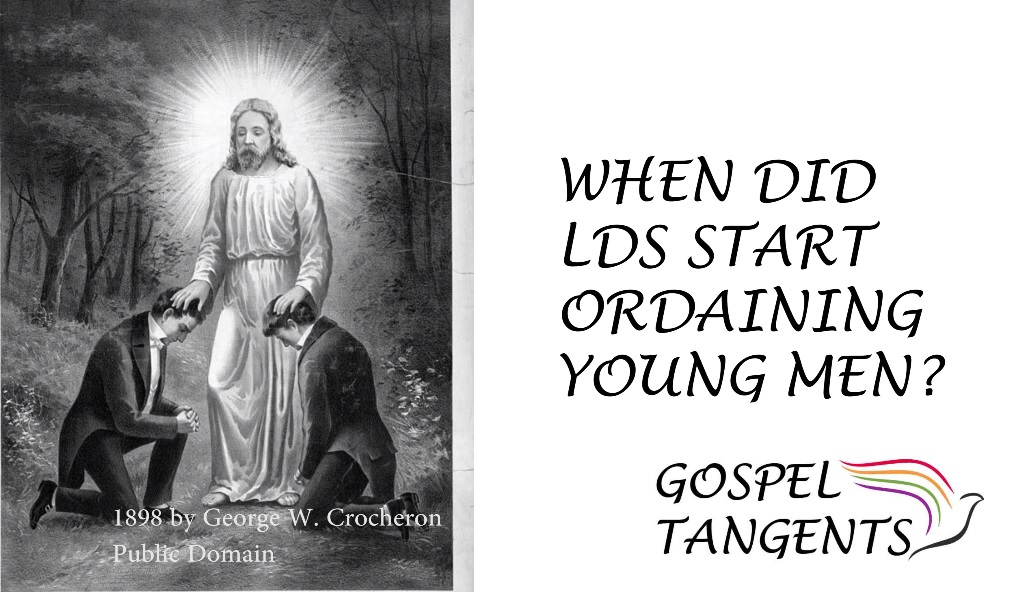 Earlier this summer, one of my guests, Jim Vun Cannon of the Remnant Church of Jesus Christ of Latter-Day Saints, asked me why the LDS Church ordained youth to the Aaronic Priesthood.  At the time I said I need to talk to Greg Prince because he’ll probably have an answer.  Now is my chance.  In our next conversation, we’ll talk about the evolution of LDS Priesthood.  When and why is it that the LDS Church decided to ordain young men to the priesthood?

Greg:  My recollection is that I think it was 1904.  Joseph Keeler published a book under the direction of the First Presidency, that’s stated in the preface, and I’m blocking on what the name of it was but it was almost a general handbook of instructions.  I think it was Lesser Priesthood and Church Governance[1] (or something like that.)  It went through two editions and he changed the title later on.

But as far as I can tell, that was the first time when ages were prescribed for ordination into the Aaronic Priesthood.  Initially it was 12, 15, and 18 for Deacon, Teacher, and Priest.

Don’t forget to check out our discussion about early LDS Priesthood offices.  Check out our conversation…..