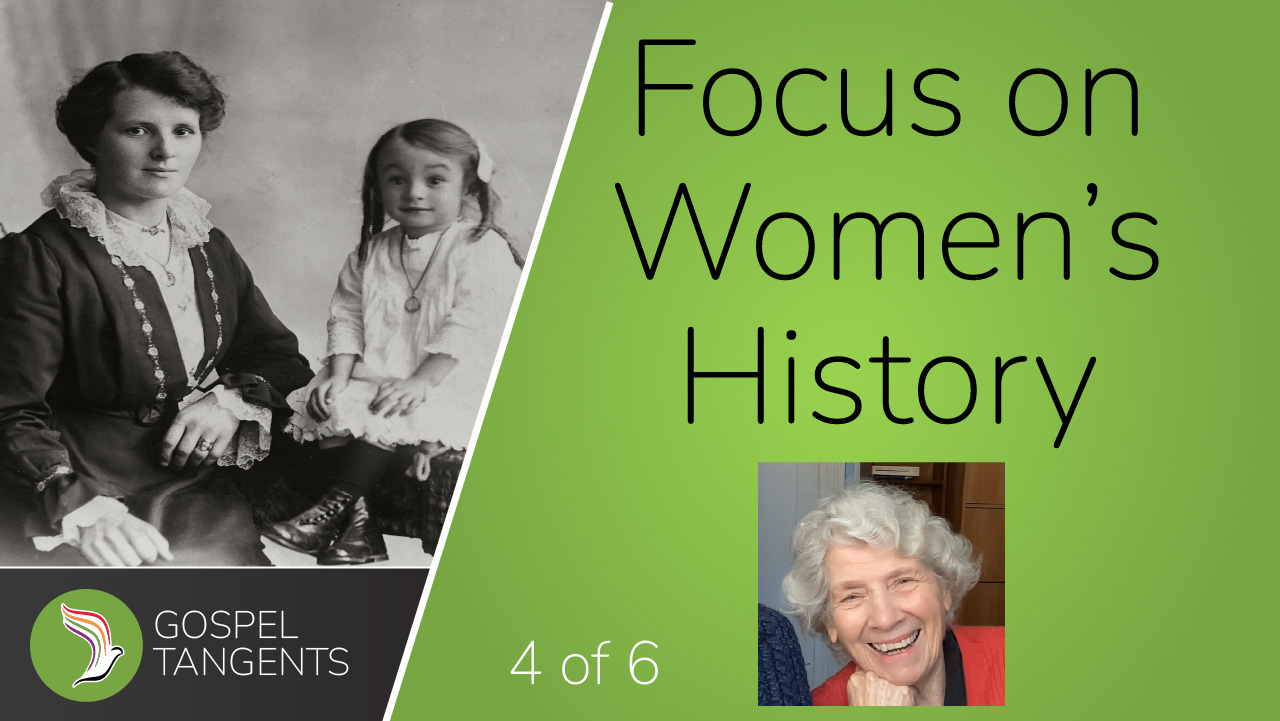 We’re continuing our conversation with Dr’s Richard & Claudia Bushman. I asked Claudia more about her writings on women in church history.

Claudia:  When I went to graduate school, I decided that I was going to do a study of women.  I was the first person that ever had thought of that to myself.  Now, of that, I don’t really say I was THE pioneer, but here I was, a woman, women didn’t get that much attention in the past. Alright, I’m meant to think about women and ordinary women, women that were like me, and I could use my own experience as a housewife and the kinds of things I’d done, that would give me a measure against those. So, in this American Studies program, it was quite possible to do that. The first thing I studied with any kind of seriousness was mill girls in early New England. I studied them because they were the first sort of regularly paid working women in the country. They were really interesting. One of the people that wrote the best book about mill girls, from her own experience, turned out to have a whole slew of papers in the library that was nearby me, near enough so that I could take my little boy to nursery school in the morning, go to this library and work for a few hours. Then I’d go pick him up and become a housewife for the rest of the day. So, I wrote my dissertation about her, Harriet Hanson Robinson, who’s a person that you never would have heard of her, though she was sort of a second / third-rate level feminist and well-known in Boston at the time. So that’s the kind of thing I’d do. But, it’s because of all these other circumstances that it worked to put it together. When I was in graduate school, I also wanted to learn how to do women’s work. So, I did things like, grow and process flax.  I learned to spin and weave. I made cheese and soap, all that kind of thing, and all that sort of thing of the past, that I was really glad to know how to do. I’m very glad I didn’t have to do it.

Claudia:  Oh, yeah, you can do all kinds of harm with those things. But, anyway, that’s the sort of thing.  So, I did that book on Harriett Hanson Robinson. It was called A Good Poor Man’s Wife. At the same time, I was just editing this book for Mormon sisters, for my Exponent II book. So, suddenly, I had two books out. From then I could do anything I wanted. So, I just did the things that came into my hands. As I say, I wrote a book about Columbus.  The title is America Discovers Columbus: How an Italian Explorer Became an American Hero.  It’s Richard’s title. I think it’s pretty good title.

Claudia:  But, the story of how Columbus becomes famous in this nation is unknown. It isn’t from the very beginning. This was always a country that was from England. But, at the time of the revolution, Columbus was rediscovered by America to be the grandfather of the country. George Washington is the father, but Columbus is the grandfather of this country. Of course, then, all kinds of wonderful things are said about Plymouth. A lot of them were discovered to be somewhat false. So, they made a lot of Columbus that he didn’t deserve. So, what I say is that he didn’t volunteer for this, he can’t be too mad at him for being treated well in the past, because he was drafted for that job.

Have you read Claudia’s books?  Do you agree with her about Columbus? Check out our conversation….