This week in Sunday School, we’re talking about the story of Nephi killing Laban in the Book of Mormon.  Historian Don Bradley has some extra information about this story!  Have you ever wondered why Laban was drunk?  Historian Don Bradley thinks Laban was celebrating the Passover feast.  What else does Don know about this story that is part of the missing pages of the Book of Mormon?  Don tells about an account from a non-Mormon named Fayette Lapham.  Lapham gives details from the Lost Pages telling additional information not found in our current Book of Mormon.

Don:  Again, he doesn’t remember names, so he doesn’t name Nephi and Laban but he’s describing them.  [Lapham says] This prophet’s son goes back to get this record and he finds the guy who he tried to get it from. That guy is lying drunk in the street–it’s obviously [Laban] who he’s talking about. But he says that the reason that the guy was drunk is because there was a great feast going on in the city at the time. So think like Jewish festival, right? So [there is a] Jewish festival being celebrated in Jerusalem. Now think about that. Our Book of Mormon text doesn’t say that. The small plates don’t say that. Think about what the small plates do say. They say, among other things, that Laban was out by night among the elders of the Jews, and he comes home drunk. If he’s just out carousing, he’s got really high-profile drinking buddies, right? He’s out with the elders. Notice something else that’s crucial to the story. He’s wearing armor and he’s carrying a sword.  He got with his drinking buddies? I mean, the first and final days of Passover, in Judaism are known as holy convocations, per the Hebrew Bible. They are group celebrations where the Israelites get together, they have these feasts. This would be an occasion to dress up, if you will. So this account that Laban was drunk, from Joseph, Sr., that Laban was drunk because of the feast being celebrated, would help to explain why Laban is out in armor and sword, drinking by night with the elders of the Jews, and why when Nephi pretending to be Laban goes to Zoram and he’s like, “Hey, yeah, let’s go get the brass plates/scriptures and take them out to the elders, my brothers.  Zoram’s like, “Yeah, that makes sense.”  He doesn’t seem to bat an eye about that.  Well, if it’s Passover and there’s a religious celebration that makes sense.  If Laban’s out carousing with his drinking buddies, it kind of makes less sense.

Don also discusses a bit about his spiritual journey in this episode.  Check out our conversation….

GT:  This is where Nephi broke his bow, right?

From there they travel and they get to a very desperate part of the trail.  This is where there is open rebellion.  Laman and Lemuel are contemplating killing Nephi and Lehi.  They want to go back. Ishmael dies.  They call the place Nahom.

We’ll also talk about the Land Bountiful, a land flowing with honey.  Why is that significant? Check out our conversation!  Don’t forget to check out our previous discussion about the Frankincense trail! 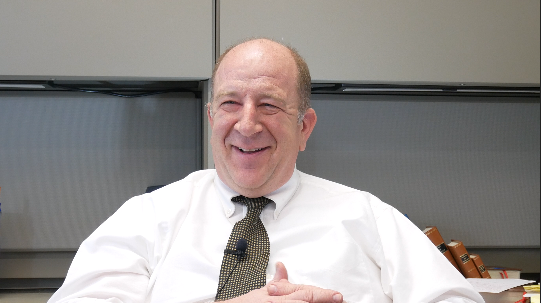 I really enjoyed sitting down with Dr. Mark Staker of the LDS Church History Library.  Mark is a historian and has written about the first community that accepted the Mormon Church in Kirtland, Ohio.  I was surprised to learn that a former slave by the name of Black Pete was one of the leaders of this early Mormon community!  In part 1 of our interview, we’ll talk about Black Pete’s introduction of speaking in tongues and his leadership in the fledgling Mormon community in 1830-1831.  I think it’s a great interview!  Please listen.

Here’s a transcript, or you can get one on Amazon.com as well!  Check out the video below!