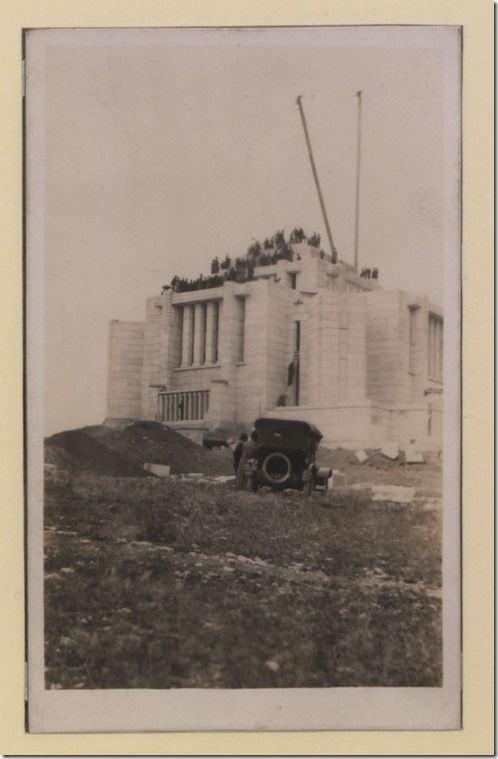 You’ve probably heard lots of ghost stories, Ouija boards, and other supernatural phenomenon.  I was surprised to hear Dr. Richard Bennett, a BYU professor of Church History tell us that Spiritualism, the idea of communing with the dead, may have had some impact on the LDS endowment.  Some quotes from Dr. Bennett:

Spiritualism, the practice of communing with the dead, adulterated today by Ouija boards and things like this and telekinesis and paranormal, but Spiritualism is well-known in American history as flowering after the Civil War with so many dead and lost and the great desire of many families to know what happened to their sons or their fathers or their brothers.

In the 1870s there’s a lot of comment by general authorities, leaders of the church, particularly Orson Pratt about this is a counterfeit, but it has its place.  We understand why people are seeking the dead.  Was that a factor in the beginning of endowments for the dead for the church in 1877?  I claim that it may have been one of the factors to begin to address how we really think about them.  There is redemption for the dead but it’s not that way.  So was it a factor?  I argue that it probably was one of the factors.

We also talked about the start of the Salt Lake Tribune newspaper!

There were a small number of astute, intellectual Latter-day Saints who broke with Brigham Young in the 1870s, who thought they knew the gospel a little bit better than Brigham Young did.  But they thought that they knew economics better than Brigham Young did and they broke with the church over that.  The Salt Lake Tribune starts with the Godbeite movement which was very negative,of course against the church.  It still tends to be a little bit on that side, but that’s its history.

There’s also a discussion about the revelation that preceded the Manifesto.  Check it out!

Ouija Boards, Spiritualism, the Manifesto, and Endowments for the Dead

It was once a common practice for faithful LDS Church members to be sealed Church leaders until about the 1890s when President Wilford Woodruff put a stop to the practice.  This was known as the Law of Adoption.  BYU professor Dr. Richard Bennett will talk to us and tells us about the theological justifications and why church members felt the need to be sealed to church leaders. Bennett makes the case that until Joseph F. Smith’s 1918 of the Spirit World, that many didn’t know the gospel was preached to the dead.  How do we better understand the Law of Adoption?

Dick:  I don’t think you can talk about the Law of Adoption without understanding the development of the doctrine of the Spirit World and the doctrine of the gospel being taught in the Spirit World, which really doesn’t come to fruition in our doctrine and our history until Joseph F. Smith’s great revelation in 1918 and what was going on in the spirit world.  It’s a progressive doctrine about the souls of men and women that are living in the spirit world.

Until it became clear that the fullness of the gospel was being taught to them, the deceased, and that they were receiving the fullness of the ordinances, better be on the safe side and be sealed to a living prophet or a deceased prophet maybe like Joseph Smith and we’ll be sealed.  Until we know more clearly what’s going to happen, let’s be sealed to the prophetic priesthood lineage of the prophet Joseph priesthood claim and therefore it’s a done deal.  Can I use that term?  It’s a safer way than, we don’t know what’s happening to our ancestors.  That’s going to change as we learn better and more clearly, especially in 1877 with Wilford Woodruff when he announces that from now on, we’re going to do endowments for the dead.  We don’t begin to do endowments for the dead until 1877. That’s 40 years after Nauvoo, 30 years after Nauvoo.

Were you aware that this is why church members were sealed to prophets and other general authorities?