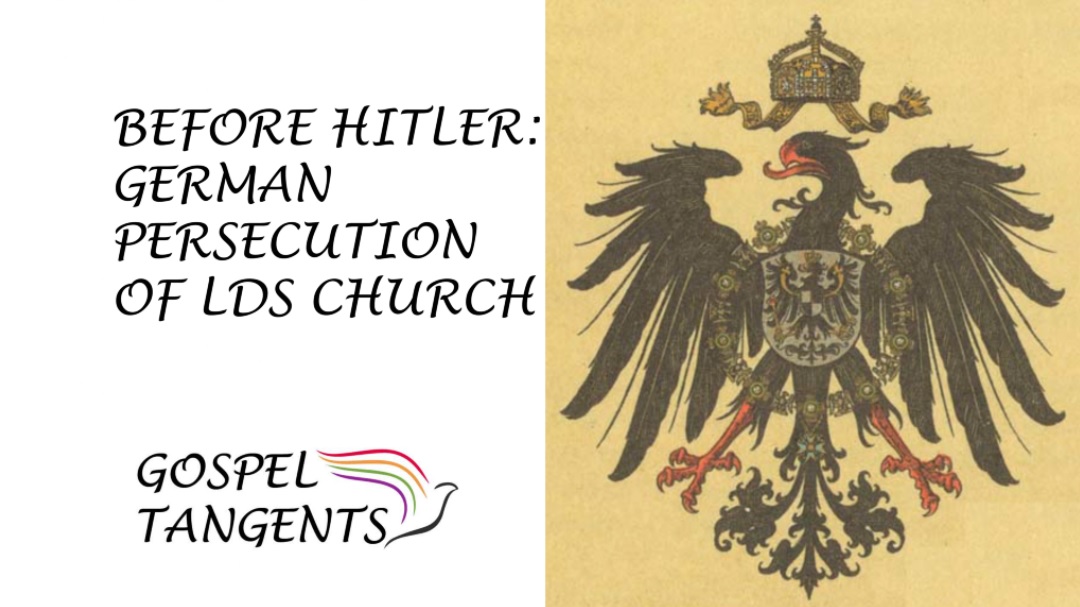 (Problem with previous post, so this is a fix.)  On December 11, 1941, Germany declared war on the United States.  I’m sure it was an awful Christmas that year.  This is the 76th anniversary of the declaration of war.  In our next conversation, we’ll talk to Dr. David Conley Nelson and he’ll talk about German persecution of Mormon missionaries in Germany before Hitler.

David:  When the golden spike was driven in Promontory Point, [Utah] and two railroads were connected in 1870s-1880s, one German newspaper said the government was doing that so they could send a train to Utah with troops to put down the Mormon rebellion.  So in that particular atmosphere, a lot of local policemen would round up Mormon missionaries.  They would put them in jail for a day and then let them loose, or a local judge would tell them that they could have a suspended sentence and go home, charged with what?  I don’t know.

GT:  These were just trumped up charges.

David:  If they would just leave the country.  Well what they would do, is that a missionary would get kicked out of Bavaria, so he’d go to Saxony instead of leaving and go home.  A Saxon missionary, American missionary being kicked out would go to Bavaria and replace them.

Just prior to Hitler taking over Germany, there was a question about who would take over Germany:  the Communists or the Nazis.

David:  The mission presidents are writing these letters home saying, we’re afraid for the church for the national socialists and the communists battling for power in the streets.

Don’t forget to listen to our introduction on this topic.  Check out our conversation…..