It seems like most lay members of the Church don’t hear much about the LDS Church working on interfaith councils.  Fewer know about Mormon schismatic groups.  I was surprised to learn that Dr. Casey Griffiths in on an interfaith council with other schismatic groups.  We’ll get acquainted with Casey, talk about his new book 50 Relics of the Restoration, and learn more about some of these groups you may not be familiar with.

Casey:  BYU has several interfaith dialogue teams. I serve on the team that dialogues with Community of Christ and other restoration breakoffs. Typically, our dialogues will involve us and a familiar set of people from Community of Christ, including Lach MacKay. Andrew Bolton is usually there, too. He’s a former apostle. But sometimes we’ll invite in other groups too, like Daniel Stone has become a really good friend. He’s a member of the Church of Jesus Christ–Bickertonite. We found out calling them Bickertonites is kind of as offensive as calling us Brighamites. So we try and keep our terms straight.

GT:  See, I don’t mind being called a Brighamite.

Casey:  I don’t mind it, either. I think it’s kind of fun, to be honest with you. But, we also work with–in the Independence area, for instance, there’s around 30 plus churches that believe in the Book of Mormon. We’ve tried to reach out to the majority of them. I have a really good relationship with the Remnant Church out there that Fred Larson was the head of until he passed away a little while ago.  [There are] a few other groups like the Joint Conference of Restoration Branches and the Conference of Restoration Elders.  There’s a whole alphabet soup out there, and they’re all great people that believe in the restoration of the Book of Mormon, but in kind of varying and different ways. I’ve been to see the the Hedrickites, the Church of the Temple Lot. I’ve even stopped and visited the Cutlerites who, I think have eight members right now.

Don’t miss our other conversations with Lachlan MacKay & Daniel Stone! 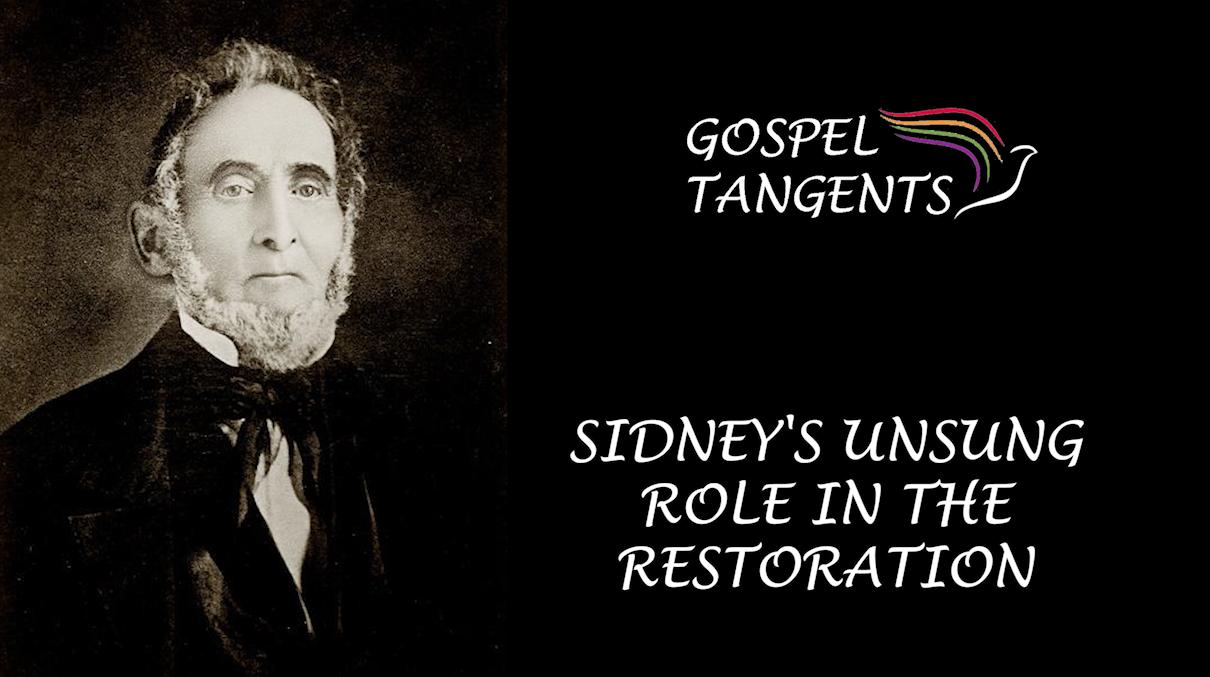 GT: Do you have an opinion on the Book of Mormon?

Michael:  Yes, I believe it is written based on ur-text? I believe it’s tribal history. The way the Old Testament was tribal history originally told around campfires and that the Book of Mormon is based on an actual ur-text, written ur-text, Gold plates. I believe those. But I don’t think that everything in the published 1830 Book of Mormon derives from that ur-text, derives from that ur-text.  That’s a German phrase: Ur-text meaning the original text. I don’t believe that. I mean, there are things in there you can see as Joseph Smith’s understanding of the Bible. You can see things in there that reflect attitudes of the people at the time.

James Strang was a big rival to the Brigham Young movement. He claims to have a letter from Joseph Smith putting him in charge of the LDS Church. Dr. Michael Quinn tells why he believes the letter was a forgery.

GT: So what do you think about Strang’s claim?

Michael:  The document itself was hand-printed.

Michael: The signature was hand-printed.

Michael:  Joseph never did that. No, it’s an absolute fraud.

GT: I know that some…

Michael: But he was a charismatic fraud, which is why people followed him because Brigham Young did not come across as charismatic even though he spoke in tongues and sang in tongues.

185: “The Church Makes No Distinction Between God & Mammon” (Quinn)

184: Would LDS Church Income Ever Support a Paid Ministry?(Quinn)