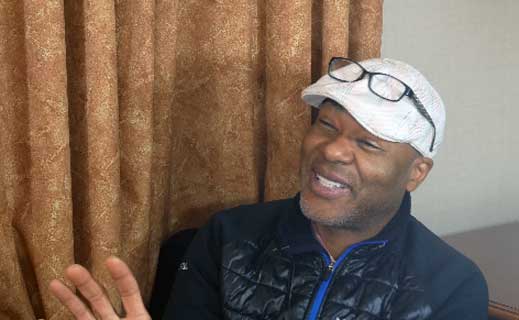 I’ve just published a Kindle version of the Darron Smith interview.  Get your copy for your Kindle!  See http://amzn.to/2szgchJ

I hope to have print version available in the next day or two as well.

The largest non-white minority at BYU are Polynesians. It seems like BYU has made much progress with regards to race, hiring the first Tongan football coach in the NCAA, but as mentioned in a previous post, BYU has the worst black graduation rate in the NCAA.  Dr. Darron Smith of the University of Memphis talks about Polynesians, and what can be done to better help black athletes.

Darron:  Another thing.  BYU if you’re listening to me, please hear me on this one.  You have the Marriott School of Business here, one of the best business schools in the country!  Why not have a career day for these athletes, the ones that you know may not finish their degree, or may not go to the league?  They need a job.  Why not use your resources at the Marriott School to imbue these young men with a potential job?  The church is well-connected business-wise, in terms of its business connections.  So much more can be done for these young men who need that kind of help.

Darron:  This is also not also a slam on the church.  I want to be clear about that too.  I’m not hating on the church.  I want to make sure that people know this is a scholarly exercise for me.  I happen to be a member of the church.  This is very interesting to me to want to know how we treat people who are not a member of our faith, who are not the same religion, who are not the same race and have the same background, class-oriented background because most of these young men come from urban America.  They come from inner-city communities where most of them, at least the ones that I interviewed for this particular book, and then the article that Luke and I did come from broken homes.

What do you think of Smith’s points?

Looking at How BYU Treats Minorities

Last summer BYU came under scrutiny for how it handles rape allegations.  On the one hand you have some young women who reported that after they reported their rapes, BYU opened an Honor Code investigation against them.  This can lead to women fearing for retailiation and not reporting rapes for fear of getting in trouble themselves.  On the other hand, Dr. Darron Smith of the University of Memphis reports some situations of false rape allegations.  How does BYU handle these two complex and sensitive issues?  I asked him about some of these allegations last summer.

Darron:  If the Honor Code is punishing the young women for something that they had no control over, had nothing to do with, that’s horrible.  Again, it speaks to about the athletes.  You’re having people make subjective decisions about other people based upon their own lens, their own way of seeing the world which may not congeal with a young woman who has alleged rape.

On the other hand, he is aware of some false allegations too.

Darron:  You know when these young players in 2012?  In 2004?  Whatever, there was white college students at BYU who alleged they had been raped by these kids, these young players, and when it came down to it, they hadn’t been raped.  She made it up.  So these young guys went through it man.  I don’t know if you heard about the trial that went on down here in Provo where this young woman alleged rape?

Darron:  But at any rate, to make a long story short, she was playing off racial fears, that are so deeply ingrained around again, black sexuality.  Praise God at the end of the day, truth came out.

The Salt Lake Tribune just came out with an article stating some women aren’t believed, and in one case of a BYU student, Madelaine McDonald, the police refused the press charges, but the young man had sexual assaults on three other women.  What do you think about these issues?