Following the Mormon expulsion from Missouri, someone made an attempt on Missouri Gov Boggs’ life.  Most people think it was Porter Rockwell. What does historian Steve LeSueur have to say about the matter? 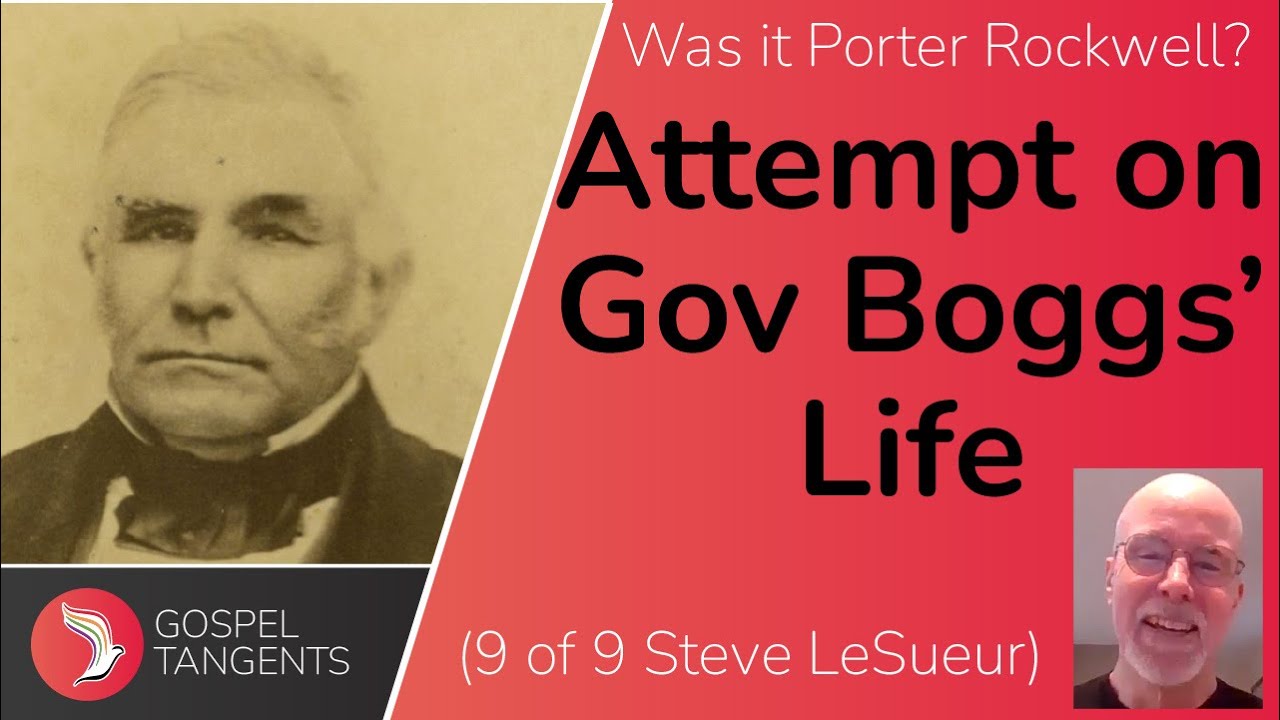 GT:  Oh, except for I guess we forgot about the assassination of Gov Boggs. Actually, I wanted to get your opinions of Governor Boggs’ handling. I know you said in your book, by the end of his term, nobody liked him. He wasn’t a very good governor. Was he a pretty terrible governor? Would a different person have handled that better?

Steve:  I’d say a different person probably couldn’t have handled it worse. So, yes, I would say that.  In the book, I tried to let him speak for himself and explain, “Well, this is why I did this or that.” But, for the most part, as it turned out, he was prepared to send out troops early on, when he thought the Mormons were the cause of trouble. But it turned out that Atchison and his troops were able to solve things. So, Boggs didn’t come out. He didn’t need to. But, then later, as things started breaking down, Boggs continually heard reports from his generals, saying, “You need to come out here.”

Steve:  The Mormons are not at fault. But the Mormons are in a desperate situation. They’re desperate people, and we could have a big war here, a big conflict. So, they asked him to come out. He didn’t come out. You could say, “Well, that it isn’t necessarily the governor’s job to call out troops and lead them out all the way out west, like that.” But that’s what he was asked to do.

GT:  So, would you say he was the worst governor of Missouri?

Steve:  I don’t want to shortchange anybody. By the time he [Boggs] left office, he was not popular.

Steve:  Just based on my knowledge, it’s not something I’ve looked into recently. So, if there’s been recent evidence, I don’t know of it. But the evidence seems to be that on the one hand, when you say the attempt, Porter Rockwell, a Mormon was accused of trying to assassinate Boggs, and Boggs was shot. He was shot and Porter Rockwell mysteriously happened to be in Independence at the time. [Rockwell] was arrested, tried by a jury and acquitted. They didn’t have enough evidence to convict him. You would think that this would be a jury that might be eager to convict a Mormon of something like this. But they didn’t.

Steve:  So, on the one hand, there doesn’t seem to be any conclusive evidence [that Rockwell shot Boggs]. We haven’t uncovered any evidence about it. On the other hand, what was Porter Rockwell [doing there?] He had no business, really, in that town. There was no reason why he should have been there. [There was] no reason why any Mormon would have wanted to have been in western Missouri at that time. Excuse me for forgetting, I don’t remember which year that was. Was it 1842-43?

GT:  I don’t remember either.

Steve:  Anyway, the Mormons weren’t there. He had no reason to be there. There’s a story, likely apocryphal. But somebody asked Porter Rockwell, “Did you really try to attempt to assassinate Boggs?”

Steve:  He said, “Well, if it had been me, it would not have been an attempted assassination.”

GT:  [Porter implies,] “I would have done it. I wouldn’t have missed.”

Steve:  Yeah, he would be dead.

GT:  It seems like Alex Baugh said that it was like a buckshot pistol. It wasn’t something that would have killed him. It was like a BB gun kind of a thing. It was more to just to scare him. So, he thought, “Well, maybe Porter was trying to scare Boggs,” which, if that’s what it was, he certainly accomplished that.

If you’re interested in Steve’s other writings, check this out!

Articles and Books by Steve LeSueur

LeSueur, Stephen C. “The Danites Reconsidered: Were They Vigilantes or Just the Mormons’ Version of the Elks Club?” The John Whitmer Historical Association Journal 14 (1994): 35-51.

LeSueur, Stephen C. “The Community of Christ and the Search for a Usable Past.” The John Whitmer Historical Association Journal 22 (2002): 1-24.

LeSueur, Stephen C. “Mixing Politics with Religion: A Closer Look at Electioneering and Voting in Caldwell and Daviess Counties in 1838.” The John Whitmer Historical Association Journal 33, no. 1 (2013): 184-208. 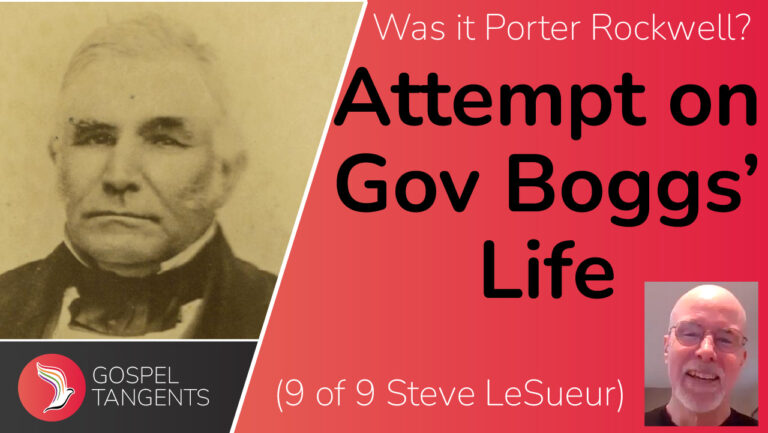