Dr’s Richard and Claudia Bushman’s latest project involves promoting LDS artists.  I asked about how they got involved, and whether LDS art is getting more historically accurate. 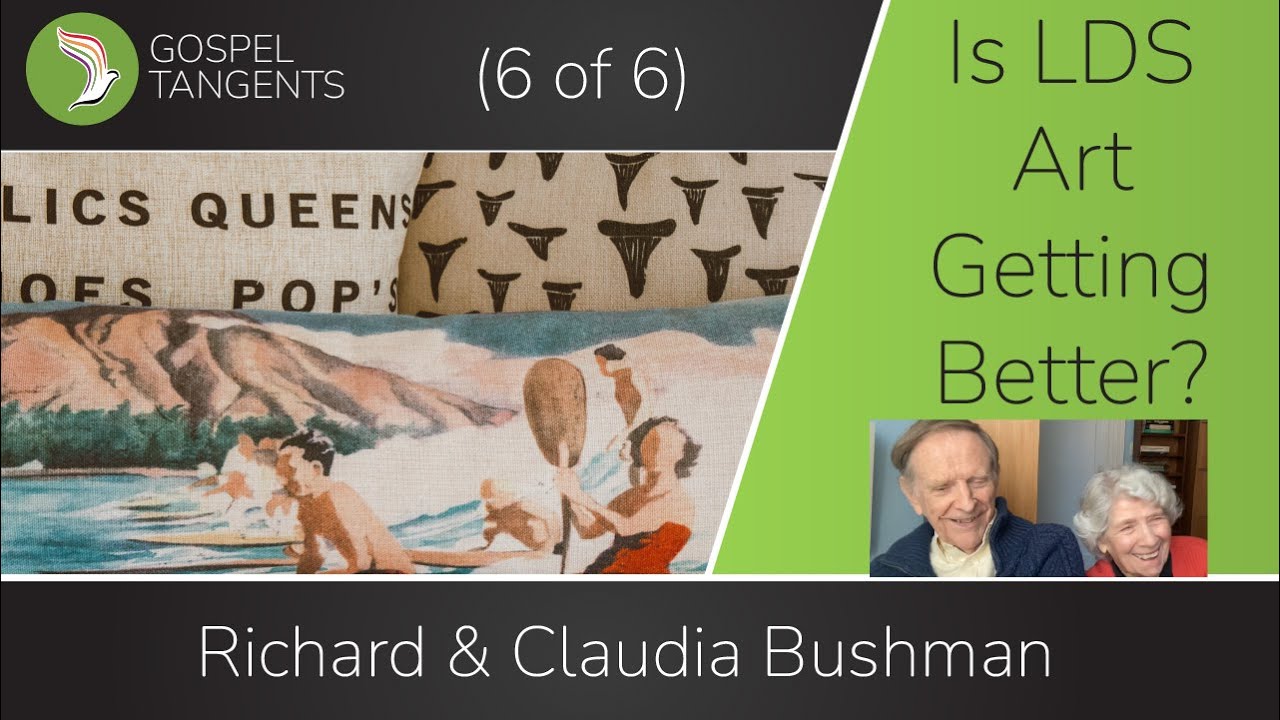 Is LDS Art Getting Better?

Richard:  There was no leading astray.  There wasn’t leading astray by Church historians or Church leaders or anyone. Everyone believed that he translated using the urim and thummim. Then, gradually these other accounts came up of him looking at a stone in a hat. But the artist who has done more Church history paintings than anyone, George Smith, painted him doing it one way. Then, when he learned that the historians were giving us another point of view, he started doing it the other way. So, I think we’ve come along pretty well, in keeping up with historical knowledge, as it’s been accepted by the Church.

Claudia:  We have more and more better painters, really, we do.

Richard:  I mean, you’re talking about the art as being historically accurate. But the question is, is the art artistically significant? I think we’re getting to the position where it is that we’ve got some pretty good artists doing some pretty lovely work. We just had a show on the sacred feminine in Mormon, theology and art that had beautiful work, depicting Mother in Heaven, and trying to express feelings. So, I think we’re certainly getting a lot more art, a huge amount of art is being produced these days, by Latter-day saint artists around the world, and it’s getting better, I think.

GT:  I was in the Church History Museum just a week or two ago. One of the things that kind of struck me, we always think of Adam and Eve as very white. But these Adam and Eve had kind of a little color to them. So, I was happy to see that.

Richard:  Yeah, no, that’s right. We’re beginning to give a little ethnicity to people. One of our papers at the Mormon History Association meetings is going to be on the white Jesus, and how we’re beginning to depict Jesus with different ethnic views. So, I think those changes will occur.

Do you agree? Check out our conversation…. 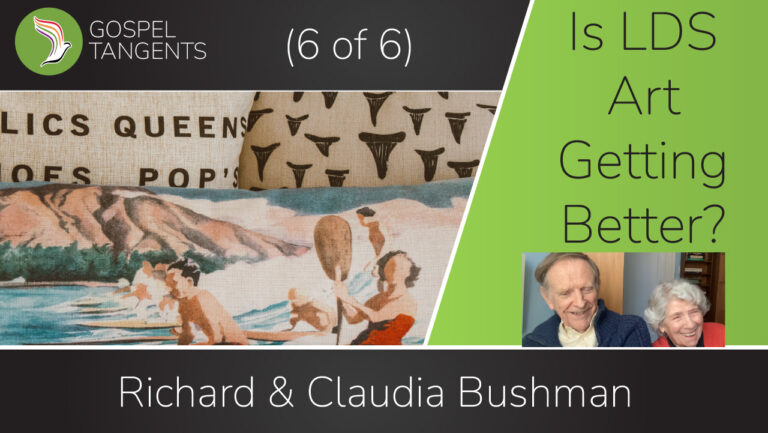