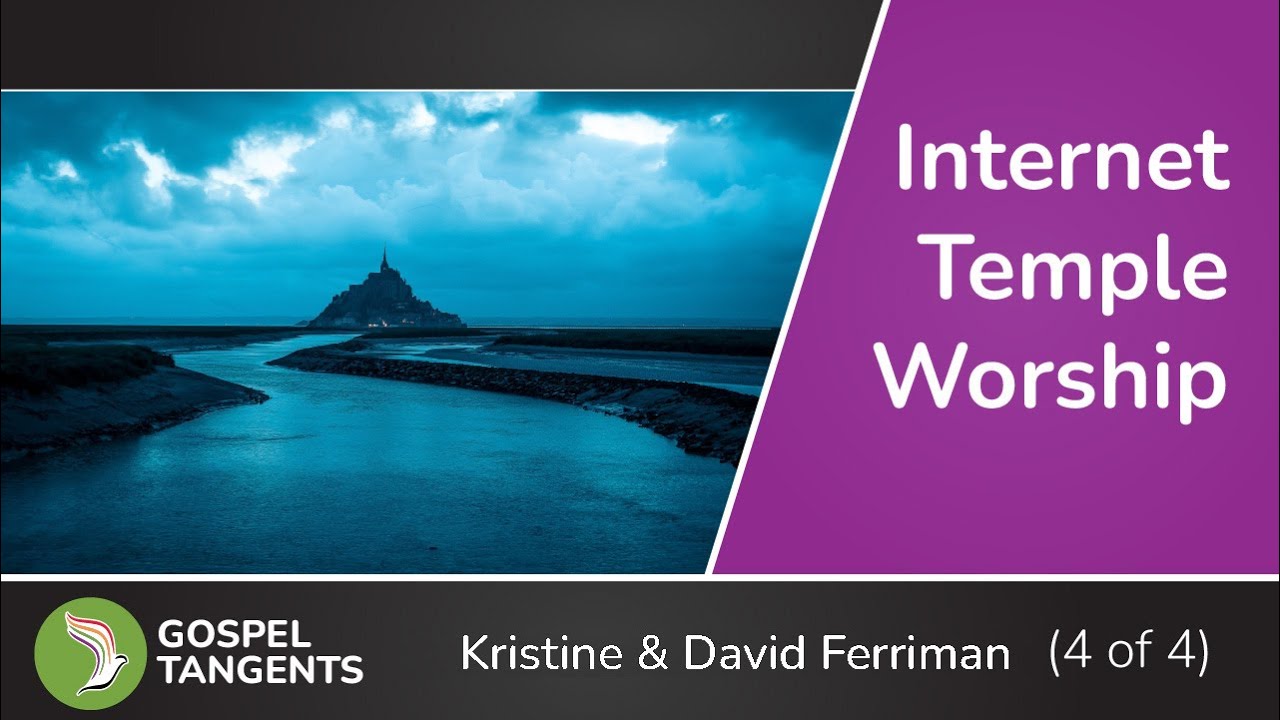 David:  The other one talks about building the temple in Missouri. I want to be very clear that it doesn’t say that I, myself, or that the fellowship is supposed to go out and build this. What it says is that the Cutlerites and Community of Christ and the Salt Lake City Church and various other sects are all supposed to work together with the Temple Lot organization, that denomination, to make it happen. Because right now, if you go there, and you look around, you can see how we’re all separated. But the Lord wants us to build that temple so that we can be one people, not one church, but one people.

David:  It’ll be one temple, and the idea, as I understand it, is that there’s supposed to be a committee made up of all the different denominations within the Latter Day Saint movement, and it’s supposed to be a temple that everyone is allowed to use for their ordinances, whatever it is that they do in their various sects.

GT:  Because, did you know that Joseph Smith originally had planned 24 temples?

David:  Oh, well, I don’t know about the other ones, I only received the revelation about that particular one. So, the other 24 will have to be for, I don’t know, maybe I’ll have another revelation later. Maybe that’s somebody else. But here’s the bottom line, we’ve got to build the first one first, and that’s the one the Lord is giving me a revelation on. But it’s not one that I, myself, or anyone in the fellowship is doing anything about, because it’s not our temple and it’s not our job to build it.

GT:  Okay, well, let me just throw a couple of things out. I have posted an interview with John Hamer. He talked about the original 24 temples. I also have an interview. I’ve been editing it, I was working on it last night, with a guy named David Hall, who is the ultimate expert on the city of Zion, or–he doesn’t like that name. But, at any rate, the revelation that Joseph had, there were supposed to be 24 temples, although temples is a little bit of a misnomer. Anyway, you’ll have to check out that [interview.] It’s really interesting conversation with David Hall. I’ll just throw that out there.

David:  The revelations I’ve received, when it comes to that type of thing are more about how we can unite as saints, than anything else. Because how can we prepare for the Second Coming, if we can’t even prepare–we can’t even build a temple together for crying out loud. That ground has been sitting empty forever. ]

GT:  Yeah. Well, since we’re talking about temples, please correct me if I’m wrong, it seems like I recall hearing about your movement that you do temple worship over Zoom. Is that correct?

David:  Correct. We encourage people to have a home temple, a portion of their home that they can use as a temple space.

To check out our conversation, sign up for our free newsletter at https://gospeltangents.com/newsletter and I will send you a secret link to hear the conclusion.  David & Kristine will also tell about their beliefs about Word of Wisdom, female ordination, and more about their movement. 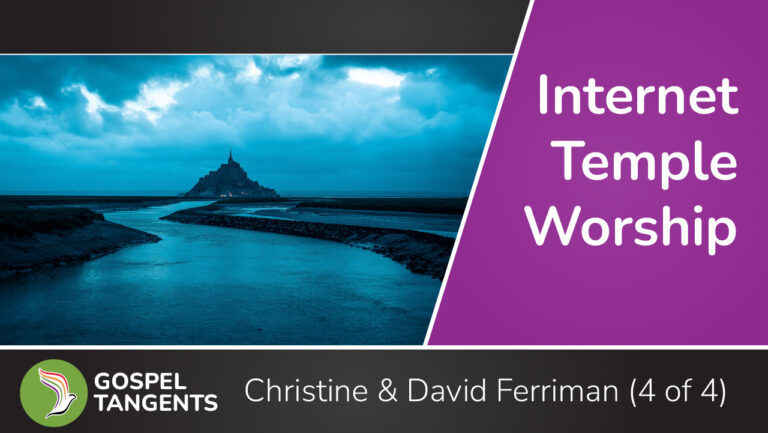