Steve:  what does the future of Mormonism look like to you?

GT:  I’m a historian, not a future teller.

GT:  I mean, it’s like my March Madness bracket. I’m terrible at picking.

Steve:  That busted a lot of people’s brackets.

GT:  Just the stuff that’s happened in the last five years has been a surprise to me: two hour church, now, instead of three. That’s been a surprise.  What they’re doing the Salt Lake temple is horrible, if you ask me, and the Manti temple. I’m very disappointed to hear about that we’re killing our own history. Why would you do that? I think President Hinckley would be rolling in his grave to find out what we’re doing there, to take out those beautiful murals that we spent so much time and effort and money on. To me, that’s very disappointing. But I’m not the Prophet. That’s above my paygrade.  The combining of elders and high priests, I would never have predicted.  I remember, I walked in late to that meeting with my son, and I was like, “Did they just dissolve the High Priest’s quorum?”  The guy said yes.  I was like, “Wow.” So, President Nelson’s definitely got his surgeon’s knife out, and he’s cutting out what he thinks is garbage. I don’t know. I wouldn’t have predicted many of the things that President Nelson has done. I have no idea who’s following [in his footsteps]. We don’t have any other surgeons in the quorum, so, maybe it won’t change much. But, yeah, future telling us is very hard.

Look into your crystal ball and tell us what the future of Mormonism looks like.  What do you predict?  Check out our conversation….

Some people don’t like the academic study of the Bible and think the two are incompatible.  That’s not the case with Steve Pynakker, evangelical host of Mormon Book Reviews, and myself.  We’ll talk about some of the biblical stories that cause us to struggle.  Does that help strengthen faith?

GT:  Patrick[Mason] is one of the nicest people that you can meet, and I think he acknowledges most of the problems with Church history. I think the world of Patrick. Patrick’s a good guy. I think Patrick’s fair. But one of the things Patrick said was, there’s kind of this narrative, especially in the ex-Mormon communities of, “Hey, if you study Church history, you’re guaranteed to lose your testimony.” Patrick said, “That’s just not true. For one, I know all this stuff, and I’m a believer.”  I would put myself in that category, too. It’s not a given that you have to lose your testimony. If you study the Bible. I mean, there’s lots of problems with the Bible with the Exodus story. Did Moses even exist?  We’ve kind of touched on that. I’d like to get more into Biblical commentary and that sort of thing. I did that with Colby Townsend earlier, and we got into a lot more than I expected with that interview. There are lots of people who know the issues of the Bible, of the Book of Mormon, of Church history, of Mountain Meadows Massacre, that still believe.  So, it just feels like a false narrative that, “Oh, if you study Church history, I’m compelled to disbelieve.”  I mean, I acknowledge there’s lots of problems. The Mountain Meadows Massacre is one of the worst. I would say it is the worst chapter in Mormon history. Probably the second worst is the Mark Hofmann bombings. I think the Church is more of a victim in that, than they were in Mountain Meadows. But, if we look at the Crusades, all of us, if we’re Christians, we, in a sense, bear that terrible atrocity.

GT:  There’s lots of stuff, lots of skeletons in everybody’s closet, whether you’re Muslim or Jewish.  When I look at the stories of the walls of Jericho, and how the Jews, they walked around seven times and then killed every man, woman, child and animal. I mean, that’s genocide. How can we, as Christians, or Jews or Muslims, how can we defend that? That’s terrible. That’s not what Christ taught. That’s terrible. So, I don’t care who you are, if you’re a student of the scriptures, whether it’s the Bible, the Book of Mormon, whatever, you’ve got to deal with these issues.

GT:  I look at Abraham. One of the most appalling things–we talk about Abraham, the father of monotheism. He was the original Moses, in a sense. The fact that he sent out his wife, Hagar and child to go die in the desert, that’s appalling to me.  Then as Christians, we’ve been conditioned to say, “Oh, but God had a plan and [Issac] was supposed to be the guy, not Ishmael.” I mean, if you really look at that, I think those there’s some serious spiritual problems that you have to deal with, no matter what your background is.  You can still choose to believe and in some cases, it is a choice. But, I guess the Article of Faith, I’m trying to remember which one it is, “We believe all things…” Let’s see, I’m going to butcher it, now. I had it a second ago.  Seek after the good things:  Faith, virtue, love, charity, kindness, humility, diligence. Indeed, we follow the admonition of Paul. Seek after the good things. I’m not going to defend Abraham sending Ishmael out to die in the desert with Hagar.   I’m not.  To me, no Christian would do that.

GT  Whether or not I have a testimony of polygamy, which I don’t, that’s just appalling behavior. There’s lots of things that every Christian, I think, if you’re a serious student of the Bible, you need to look at and come to grips with. You can’t just say, “Oh, it compels me to disbelief.” Maybe it does. If you’re happier outside of a church, I don’t want you to be miserable. You shouldn’t be miserable. Maybe Christianity is not for you. But there are a lot of good and bad things with every church, with every institution.

GT:  I actually like wrestling with these dilemmas. But, it’s not for everybody. I’m sure there’s probably some people that are like, “How can he attack the story of Abraham?” But I’ve got problems with that story.  I’ve got big problems.

Steve:  And you should.  I think that those are things that I’ve struggled with, as well. I mean, there’s many things in the Old Testament, and there’s even things in the New Testament. Even Christopher Hitchens said, “You think the Old Testament is bad, well, Jesus gave us hell,” the concept of hell. It’s like, “Oh, boy, that’s a good point, Chris, yeah, point taken.” So, that’s the thing about having a real, challenged faith.  If your faith is never challenged, and your view of faith is basically what you were taught as a child, and you never wrestled with it… We should wrestle with God every day. That’s part of the faith journey.  It actually strengthens us. When you’re not wrestling with him, and–you’re absolutely right about everything. He said, “You got to wrestle with that.”

What are some of the stories in the scriptures you struggle with?  Do you think studying Church history is a ticket out of a testimony?  If so, how do you explain all the Mormon scholars who still believe?  Are faith and intellect compatible?  Check out our conversation….

Steven Pynakker is the evangelical host of Mormon Book Reviews.  He and I sat down to discuss why I started Gospel Tangents.

GT:  When I went back to get my master’s degree, I quit my job, and decided to go back to school and I got a part-time job. I had a lot more time, plus I was commuting up to the University of Utah, and I got into podcasting. I decided to start my own blog. I did a little bit of blogging for about 10 years. Then, I thought, “You know what? I like this. I’m going put my name out there, and we’ll see if anybody listens.”

So, I decided to start Gospel Tangents. Let’s see, this is my fifth year, so about four and a half years ago.  I should mention the name, Gospel Tangents. I had a couple of friends in college, and they were debating about whether Adam had a belly button or not, which, apparently, I didn’t know at the time, somehow related the Adam-God doctrine. I don’t know how that works. So, we were standing there talking, kind of debating this, and I don’t know that anybody even would ever know, but the one guy made the quip, “Yeah this is the Gospel Tangents class out in the hall.”  I just thought that was the coolest, so that’s kind of where I got the name.

When my kids were younger, they were probably 8, 9, 10, around there.  I had told them a Book of Mormon story and they didn’t know it.  I was like, “You don’t know about Nephi and Laban and all that stuff?”  So, I was like, “Alright, well, we’re going to make a little Book of Mormon for Kids.”  Then, my 10-year-old goes, “We could sell it.”  I’m like, “Nobody’s going to buy this. Are you kidding me?”  But, then I thought, “Oh, Amazon has this thing where you can publish it.”  I was like, we’ll sell it for $1.  I was shocked.  My kids drew these little stick-figure drawings.  They’re not good at all, but they were what they did.  The purpose was just to teach them about the scriptures, and I printed out a copy. II was shocked that people were buying these things.  For $1, who cares? So, then so we did the Bible for Kids.  We were like, “Oh we’re going to sell that for $3, because anybody will buy that.[1]  So, I kind of did that under the Gospel Tangents umbrella at the time.  But, it was about four and a half years ago when I finally said, “I love Mormon history. I’m going to start doing this.”

What are your thoughts about Gospel Tangents?  Check out our conversation… 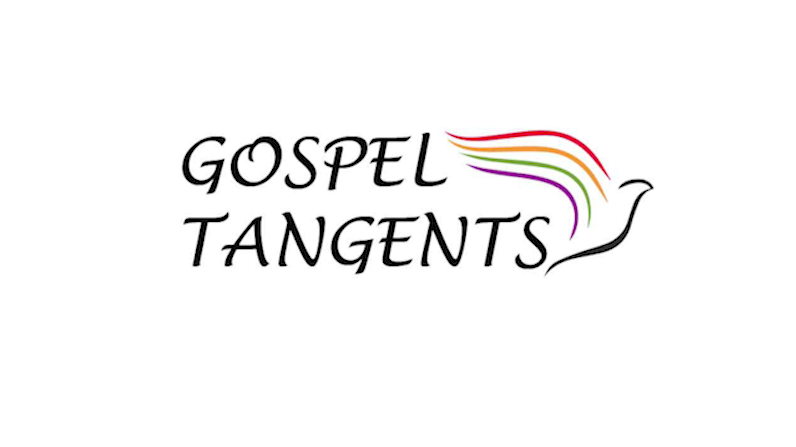