Can a prophet make mistakes, even in prophecy and revelation?  William Bickerton, a prophet in the Church of Jesus Christ said yes, prophets make mistakes.  Dr. Daniel Stone will give us more information in this great conversation.

Daniel: William Bickerton especially towards the end of his life, recognized that prophets were fallible, even I believe it was during the Civil War.

So very early on his people, including him, can even recognize that men can make mistakes even though they’re considered a prophet of God. It is possible that a prophet can false prophesy.

Daniel: And that could just be from their own wants and desires. And even people in my tradition, I brought this up during a men’s class one time that I was teaching, and I tried to bring it up, when we were talking about the gift of prophecy. I said, there are instances in the scriptures were prophets get it wrong, but they’re still called prophets. I believe Nathan is one of them. I’d have to look. There was examples and I bring up William Bickerton for one of them. I personally believe Joseph Smith. I am a believer, so I’m going to take my academic hat off for a second and say, I believe Joseph Smith was a prophet of God. Because I have to believe in the Book of Mormon, which I do, to say that. But I think Joseph Smith might have let his mind get to certain things. And that’s okay because we read prophets in the Old Testament do that sometimes, quite often.

Do you agree?  Is it possible for a prophet to make a mistake in revelation and still be a prophet? 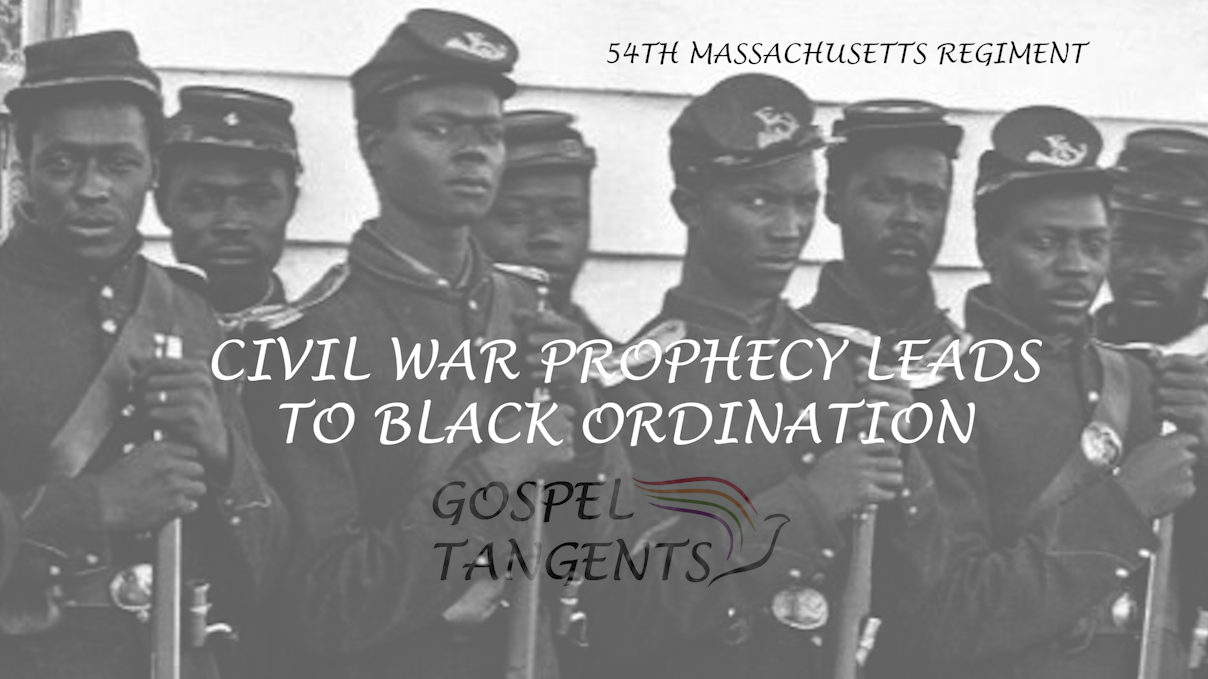 In our next conversation with Dr. Daniel Stone, we will discuss the similarities and differences between Bickertonite and Brighamite priesthood.  I was surprised to learn that they have been ordaining women since the 1860s!

Daniel: This is because of Joseph Smith Civil War prophecy, he’s really seeing it. This is the approaching of the end times. Jesus Christ is coming back. This is the beginning of the apocalypse and eventually according to Joseph Smith’s Civil War prophecy, it’s going to encompass the whole earth, right? So, he has to ordain a Quorum of Twelve to kind of institute that fervent missionary effort to kind of bring people in because of the approaching calamities. And in 1863, a year after, they ordain a deaconess.

And what’s interesting is because you kind of see as they’re ordaining deaconesses, they’re also saying, well we need to have midwives in the church too. That’s really important. So, you’re starting to see a real emphasis on women ministering to the church because they really believe the end times are coming. It’s going to get more and more serious and worse. So, midwives back then were much more trusted than doctors. So, they’re kind of thinking pragmatically, okay, well if we’re in destruction and there’s no help for anything, we want to have midwives to help care for the wounded or people that are sick or people who are giving birth. Obviously, they were very trusted. So, they’re trying to ordain deaconesses as a holy office, but calling or wanting to have midwives in the church to train them for the hopes of helping to minister to the church as well.

It turns out they ordain women because of a biblical precedent!

William Bickerton is very much a Christian primitivist or a Christian restorationist like Joseph Smith. He’s trying to look at the scriptures literally. So, they get the idea from deaconess because of Phoebe and some of the others that are mentioned, you know, where they use that Greek word Diakonia I believe it is, where basically means deaconess. So, they are a member of the ministry. So, they’re looking at the scriptures and they’re really scrutinizing, and they see prophetesses in the scriptures. You know, even in the New Testament there were prophetesses. So, he’s looking at this thing. Women can have this power of the Holy Ghost to move. And if they see that women were, you know, even though brief, brief mentions of it in the New Testament

Don’t forget to check out our other conversations with Daniel!